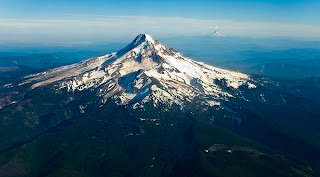 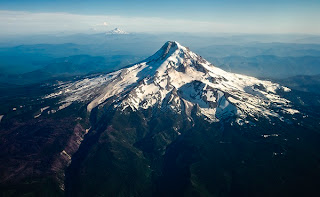 Hooray for late summer sunsets and clear skies!
Posted by ViewfindersNW at 5:21 PM No comments: 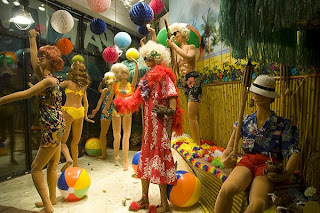 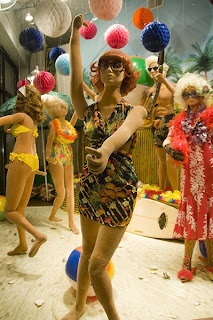 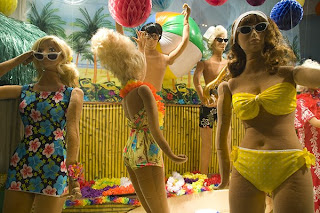 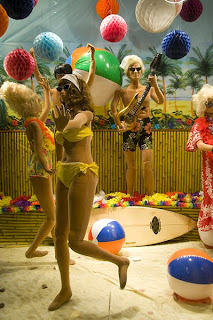 Posted by ViewfindersNW at 12:33 PM No comments: 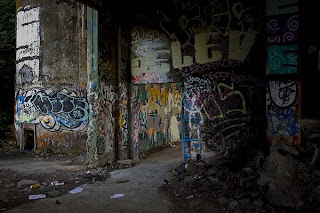 A few months ago, a friend of Viewfinders' founder and lead photographer Bruce Forster's told him about an abandoned industrial building in north Portland that had become a haven for graffiti artists and skaters. The friend thought Bruce would really appreciate the artistic value of the graffiti, and encouraged him to pay a visit to the site, and soon: University of Portland had recently finalized its purchase of the land on which the building was located, and was planning to tear down the structure. 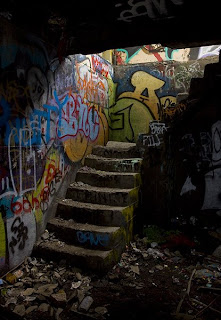 Known in various fringe circles as Pirate Town, the building is part of the (formally-named) Triangle Park, a 35-acre former industrial site on the banks of the Willamette River. University of Portland has acknowledged the presence of multiple contaminants on the site, and has reportedly begun cleanup, as first step toward preparing the area for a new greenway and trail, as well as expansion of University facilities. 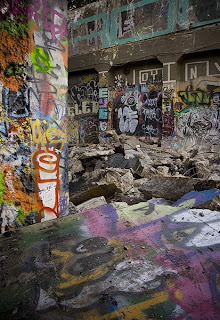 Both Bruce and Troy Klebey, Viewfinders photographer and studio manager, paid several visits to the site during the last few months, to capture the art and wonder of this unique space. Troy's photos are featured here. 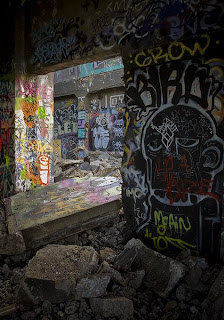 One of my favorite shots from the Pirate Town series is of Tucker, Troy's faithful companion and unbelievably well-mannered, photogenic dog. For more shots of Tucker's adventures throughout the years, check out Troy's blog. 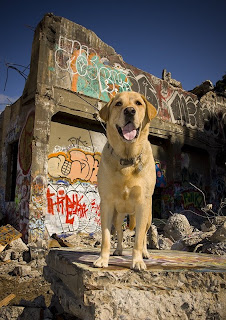 Posted by ViewfindersNW at 9:47 AM 2 comments: