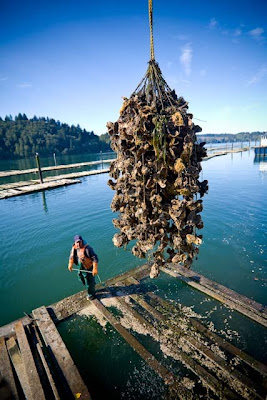 One of my favorite tasks in my role at Viewfinders Stock Photography is reviewing new image submissions, especially those from photographers who have recently joined the agency. Although we preview photographers' work before inviting them to join the Viewfinders, the first formal submission lends the most in-depth view to their perspectives as artists.

This week, photographer N. Scott Trimble sent in his first batch of images, and I found his photos taken at Oregon Oyster Farms in Newport, OR to be particularly intriguing. Perhaps because I've never visited any sort of marine farm, but mostly because of the way Scott successfully captured light and vibrant color in the series. His images are featured here; they will be live on the Viewfinders site very soon. 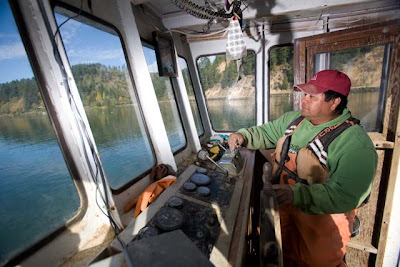 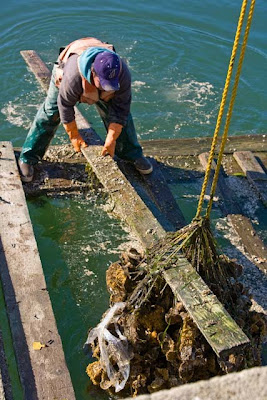 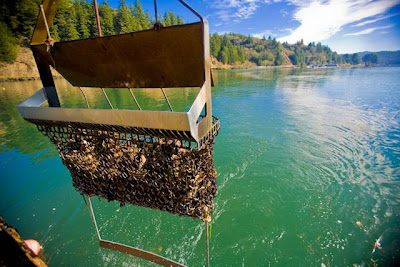 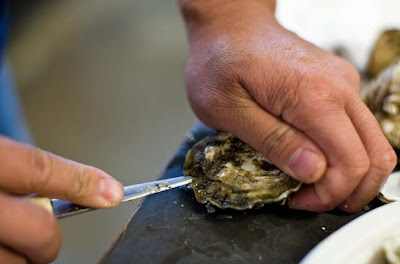 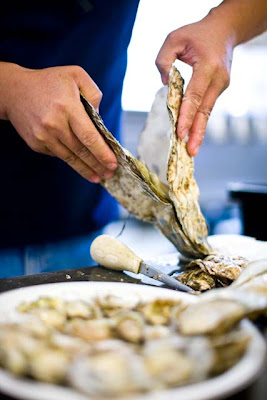 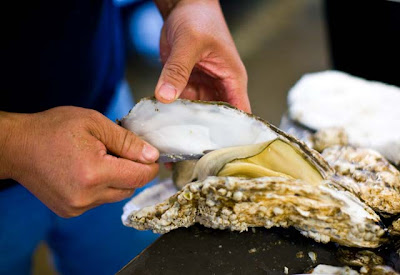 Posted by ViewfindersNW at 10:50 AM No comments: 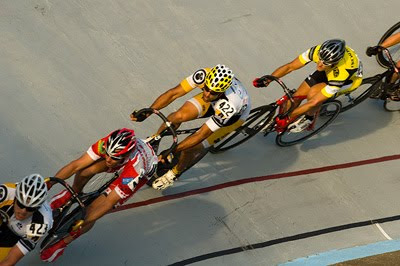 There are only about 20 operating velodromes in the United Sates, and I find it highly appropriate that one of them is located in Portland, which has the reputation of being an incredibly bike-friendly city.

Alpenrose Velodrome is a high-banked, Olympic-style bicycle racing track, located in northwest Portland. The track features a 43-degree bank, which qualifies it as one of the steepest velodromes in the country. (A typical track features bank degrees ranging from 25 to 33.) Oregon Bicycle Racing Association recommends that even experienced racers complete one or two training sessions on the track before participating in a race at Alpenrose. 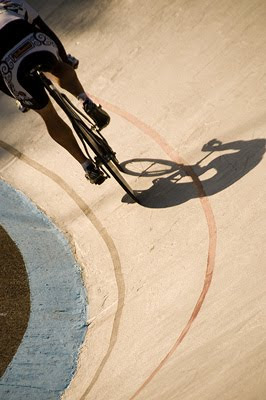 Viewfinders lead photographer Bruce Forster spent a few hours at the velodrome on a weekend earlier this month, capturing a great series of action images. Bruce was in awe of the close proximity of the cyclists during the races, and of the fierce competitiveness that emerged during tight sprints, as captured in the below shot. Hello, elbows... 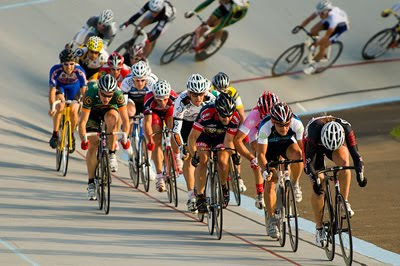 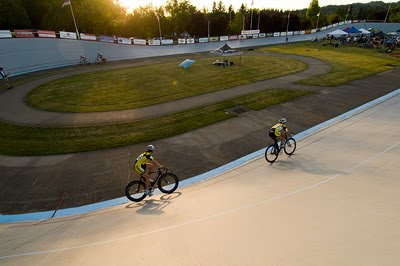 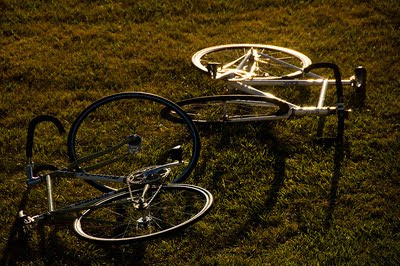 Posted by ViewfindersNW at 10:07 AM No comments: 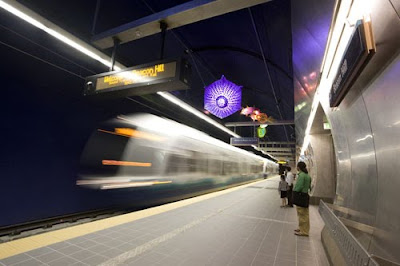 I'm an unabashed fan of writer/director Cameron Crowe, and my favorite of all his films is "Singles," an ensemble romantic comedy set in early 90s, Grunge-era Seattle. One of the main characters, Steve, is working on a proposal to build a public transit, high-speed train line in an effort to ease the city's renowned gridlock. His efforts are ultimately shot down because, as another Seattleite character explains, "I just love my car."

Fast forward 17 years (wow... where did that time go?) and the attitude toward public transit in Seattle, and elswhere, has changed vastly. Seattle's light rail transit system commenced service in mid-July , and Viewfinders photographer Paul Gordon quickly jumped on board to capture photos of the inaugural month. His images are featured here. 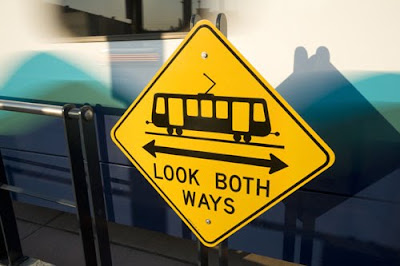 One thing that caught my eye in the images was the embracement of art and design in the commuter stations and on the train platforms. Kudos to the Sound Transit art program (STart) on their efforts! 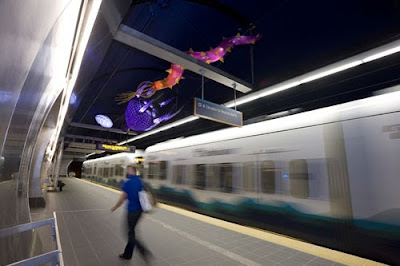 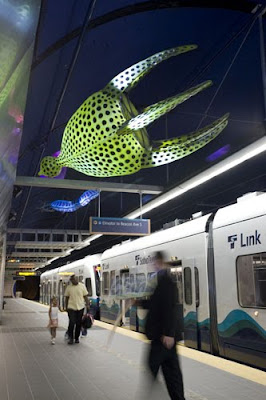 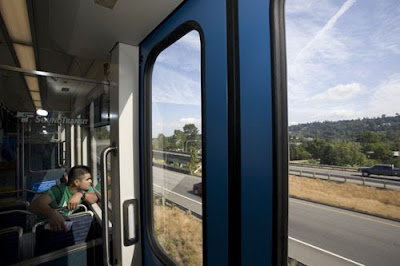 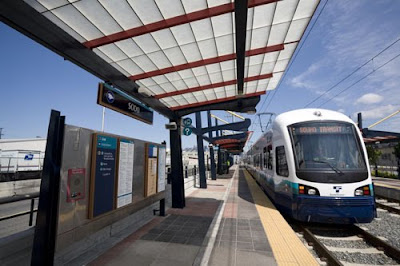 Posted by ViewfindersNW at 9:40 AM No comments: 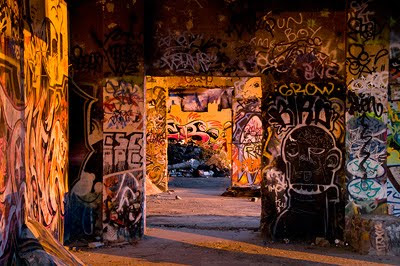 A few weeks ago, I posted images of the now-demolished "Pirate Town," a punk/skater/graffiti haven in north Portland, as seen through the eyes of Viewfinders photographer Troy Klebey. Lead photographer Bruce Forster also paid several visits to the site (as always, with camera in tow), and captured a beautiful series of images that honor the color and artistry of the graffiti writers--an interesting contrast to Troy's shots, which exuded a spookier vibe.

A selection of Bruce’s photos taken on location at Pirate Town will be showcased in the American Institute of Architects’ (AIA) Center for Architecture in the Pearl District in September. As a quasi=preview, a few of my favorites of Bruce's are featured on this page. 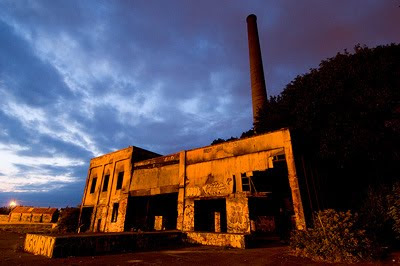 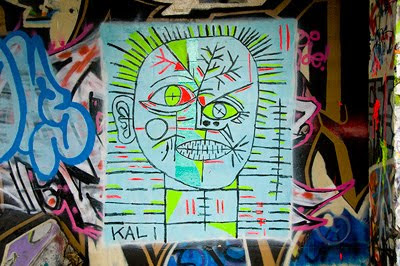 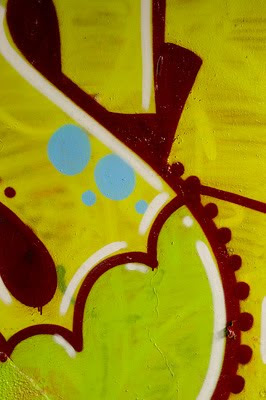 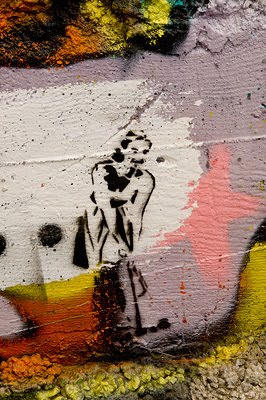 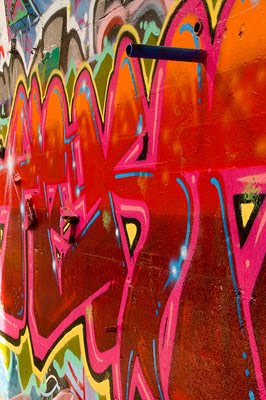 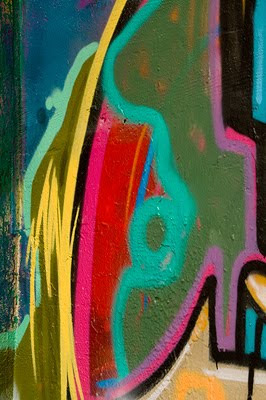 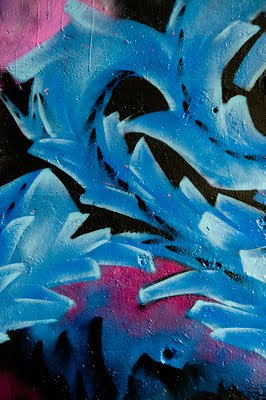 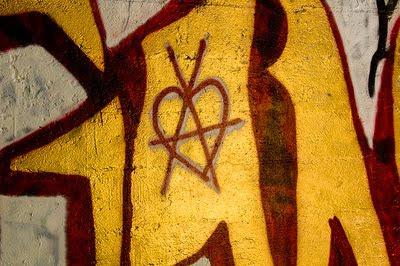 Posted by ViewfindersNW at 2:30 PM 2 comments: